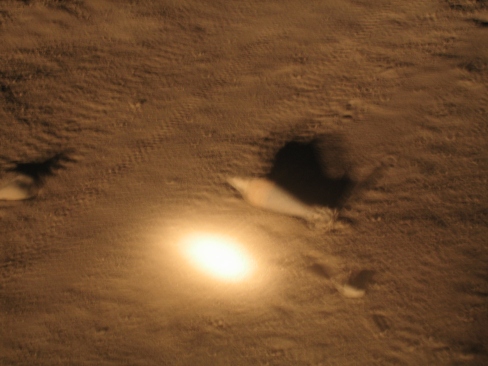 Explosives on the road during one of my night patrols in Afghanistan in 2004. 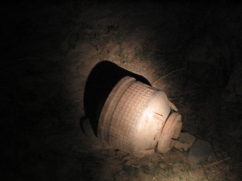 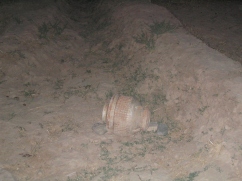 The refuse of decades of violence.

I swear I will not dishonor

my soul with hatred,

but offer myself humbly

as a guardian of nature,

as a healer of misery,

as a messenger of wonder,

as an architect of peace.

Two men died intervening to protect two Muslim women being harassed on a train in Portland. They died protecting the lives of two strangers being treated horrifically by a white supremacist terrorist.

The ideas of the terrorist led him to kill. The ideas of the heroes led them to make a choice to put their bodies in the breach and their ideas led to them sacrifice themselves for others. There is no greater moral choice.

These two men are my latest moral teachers. Here is what I’ve learned through them and others:

May we all be willing to place ourselves in the path of violence to take the blows for another and to pay with our lives if necessary. This is the moral choice that brings violence to its knees. Violence needs to feed on violence. It compels a reaction to sustain itself. When we call for violence against the antagonists and the peddlers of racist, xenophobic, religiously intolerant ideas we feed violence its sustenance. We fall prey to the same seductive idea that the terrorists we claim to fight do—we imagine ourselves the heroes. We believe our violence is right, that only our “right” violence can fight their wrong violence. We become infected with the same idea at the root of all violence—that our violent control is correct and good. We begin to believe we are the righteous, and thus we fall victim to the curse side of the promise that “all things are possible to those who believe.” Twisted by our belief in our righteousness, we become the villain—all the while the while believe we are the hero.

Some will say: “But we had to fight a war to stop the Nazis!” No, we didn’t. The war was the result of allowing their rise to power. That occurred not through violence but through democratic elections. The people elected not only Hitler, but gave his party the power to rewrite all laws and control the entire state. The people made their moral choice to accept the violence in order to see the world “made right” in their minds.

A lot of people who did not support Hitler’s party had to passively accept the systematic exclusion of foreigners, religious minorities, and the disabled, at a time when these were only ideas. The full violence of the Nazis erupted when the masses refused to refuse to participate. The moral decision of masses was to accept these ideas rather that refuse them. They refused to confront their friends, their neighbors, their own family. They would rather not make scene, not make a stand that might carry a price. The sum total of those decisions led to the rise of the Nazis and fueled the death of tens of millions and the suffering of the world.

We don’t need to punch the white supremacists. We need to refuse them. We need to collectively reject them AND their means everywhere. We can fight without violence. We can show in mass to their rallies and refuse them space and volume. We can confront racist ideas whenever we hear them, even when its hard to do so. We can confront those we love who passively repeat these ideas, and we can work to sway those we love who seem receptive to them. When we hear a slur we can confront the person and call others to do the same. We only have to have the courage and moral gumption to make that choice. We need to proactively arm ourselves not with weapons of violence but the readiness of moral actions that fights, not perpetrates, violence.

In the end its not the terrorists with guns, bombs, or knives we need overcome. It’s the idea at the core of all violent philosophies—that we can fix others and the world if we just kill, or violently control, the right people.

People around this terrorist knew he was racist, I can’t help but think they likely knew he was also unstable and violent. Perhaps had they taken action when he first fell into these ideas, there would have been no victims on Friday.

May I work to ensure that I will not be a passive accepter of violent, racist, or intolerant speech or ideas. We need one another to be brave in small things so others don’t have to pay the price for being brave in the ultimate things.